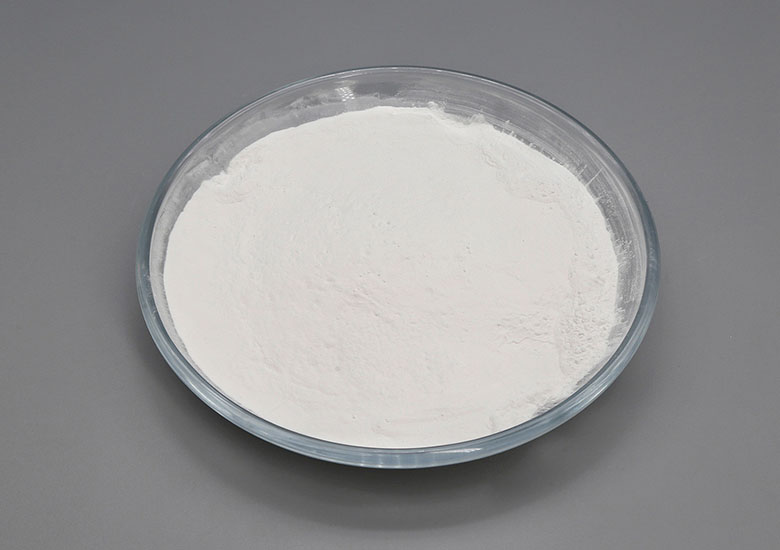 YLSCH®PK 900 is a highly effective anti-reversion agent for sulfur crosslinking of NR, NBR, IR, (H)IIR, SBR and BR and their blends as well as a co-agent for peroxide crosslinking with best balance.
COMPOSITION: 1,3-bis(citraconimidomethyl)benzene
APPEARANCE: off-white pastilles
DENSITY (AT 20 °C): approximately 1.27 g/cm³
GET A QUOTE

Use As Anti-reversion Agent for Sulfur Crosslinking:

Mode of action:
YLSCH®PK900 is active during long vulcanization times and during thermal degradation to benefit cured articles. The loss of crosslink density caused by reversion is reconstituted to its initial level. Perkalink® 900, therefore, is the solution for thick molded articles.
Processing:
YLSCH®PK900 should be added together with accelerators.
Vulcanizate Properties:
YLSCH®PK900 has no influence on cure and initial vulcanisate properties. Only during the reversion process YLSCH®PK900 will build up new crosslinks to stabilize the crosslink density via a Diels Alder mechanism. Overall the mechanical and dynamic properties of a vulcanisate after long vulcanisation time or severe dynamic stress during use are constant.
Dosage:
0.5 - 2 phr

Use As Co-agent for Peroxide Crosslinking:

Mode of action:
Crosslinking of polymers with peroxides is the second important way to vulcanize macro molecules after sulfur cure. Peroxides will decompose into radical structures under the influence of heat, light or high energy radiation. The radicals are transferred to the polymer chain resulting in a crosslink between two polymer backbones. Depending from the polymer structure also a degradation of the polymer chain is possible. For this reason the crosslinking reaction must be higher in comparison to the degradation reaction. For polymers like PP or IIR the degradation reaction is higher. To increase the efficancy of the crosslinking reaction of peroxides so-called co-agents are used. Co-agents are for example triallylcyanurate (TAC) and -isocyanurate (TAIC), triallylphoshate (TAP), triallyltrimellitate (TAM), m--phenylene-bis-maleimide (known as HVA-2) or several other chemicals. HVA-2 is used often in high temperature applications in EPDM or FKM, disadvantage is the toxcitity of this chemical.
Vulcanizate Properties:
YLSCH®PK900 has similar structure elements compared to HVA-2. Oligomeric structures (resins) of YLSCH®PK900 are known be have higher thermal stability compared to resins made with HVA-2. For this reason YLSCH®PK900 was tested as co-agent in a peroxide cured EPDM compound. Additionally also TAC and TRIM were tested. YLSCH®PK900 showed the best performance like long scorch saftey and short vulcanisation time compared to the other tested co-agents. With about similar crosslinking density (XLD) the vulcanizate with YLSCH®PK900 has longer elongation at break and higher tensile strength compared to HVA-2. The compression set tested at 48 h at 125 °C is similar for all vulcanizates.
Conclusion:
YLSCH®PK900 used as co-agent show the best balance in long processing saftey and fast cure in combination with high elongation at break and tensile strength.

In original closed packaging under cool (approximately 25 °C) and dry conditions 730 days from date of production.