Performance Characteristics Of Rubber Additives And Its Application In Rubber

Performance Characteristics Of Rubber Additives And Its Application In Rubber

The vulcanization system auxiliary is mainly composed of a vulcanizing agent, an accelerator and an active agent, and its amount accounts for about 10% of the raw rubber amount. Depending on the saturation of synthetic rubber, various vulcanization systems such as sulfur, metal oxides, peroxides, and amine compounds can be used.

(1) Sulfur. Common powder sulfur is the most commonly used vulcanizing agent in the rubber industry. With the development of radial tires and colored rubber products, insoluble sulfur (IS), which does not bloom, does not affect adhesive properties and product appearance, is widely used. IS is mostly used in NR tire compounds, which has the effect of improving the rubber-skeleton material adhesion performance, avoiding blooming, and prolonging the rubber storage time. IS is also used in a small amount in butadiene rubber (BR) tire compounds.

(2) Peroxide [2]. In addition to IIR and halogenated butyl rubber (XIIR), the remaining rubbers are in particular MVQ, EPDM, nitrile rubber (NBR), hydrogenated nitrile rubber (HNBR), CM, CR and thermoplastic elastomers Almost all can be cured with peroxide. The cross-linking bond of peroxide vulcanizate is C—C bond, and its bond energy is larger than that of single sulfur, double sulfur and polysulfide bond of sulfur vulcanizate, so the heat resistance of peroxide vulcanizate is Excellent oxygen aging performance, small compression set, difficult to bloom, no vulcanization reversion phenomenon, but its tensile properties, strain properties and fatigue resistance are poor.

(3) Resin. In order to improve the heat resistance and aging resistance of rubber compounds, many rubber types (IIR, NR, SBR, NBR, etc.) have widely used resins (such as alkylphenol resins, etc.) as crosslinking agents. Resin vulcanized IIR compounds have good heat resistance and small compression set, and have become the most important compounds for the manufacture of vulcanized capsules. As a curing agent for IIR, the resin has a slow curing speed and a high curing temperature. Phenolic resin vulcanization systems are also commonly used in the preparation of rubber-plastic blends such as EPDM / PP.

(5) Sulfur donor. The sulfur donor is a vulcanizing agent capable of decomposing sulfur during the rubber vulcanization process. The characteristics of its rubber compound are better heat resistance than sulfur compound, meanwhile it has excellent compression deformation resistance, good scorch resistance, and is not easy to bloom. However, because of the toxicity of most sulfur donors, they are included in the restricted use, such as morpholine-containing vulcanizing agents DTDM and TMTD.

Accelerators include thiazoles, sulfenamides, thiurams, guanidines, and disulfide carbamates. With the continuous deepening and improvement of environmental protection awareness, various accelerators have become the object of restricted use due to their toxicity and pollution.

Accelerator TBzTD has a long scorch time and good processing safety, and can replace the accelerators such as TMTD and TETD. Accelerator TBSI has the characteristics of extending the scorch time and slowing down the vulcanization speed in the rubber compound, which can obviously improve the anti-vulcanization reversion performance of NR. Accelerator ZBEC can be used as the main or auxiliary accelerator for NR, SBR, EPDM, natural latex and synthetic latex, and has good scorch resistance. The diphenylguanidine accelerator DPG (D) is mainly used as an accelerator for natural rubber and synthetic rubber. Adding the accelerator DPG to the compound filled with high white carbon black can significantly reduce the Mooney viscosity of the compound rubber. Increase vulcanization speed.

The active agent is a vulcanization system auxiliary agent which improves the activity of the accelerator and accelerates the vulcanization reaction, so it is also called an accelerating auxiliary agent or a vulcanization promoting active agent. Active agents are mostly composed of metal oxides and fatty acids. The most typical is the combination of indirect zinc oxide (3 to 5 parts) and stearic acid (1 to 2 parts). Excessive release of zinc oxide during the production, use and recycling of rubber products may adversely affect the environment and human health, especially aquatic plants and plants that are sensitive to zinc. At present, vigorously develop low-zinc or zinc-free vulcanizing active agents (such as organic zinc, zinc oxide compound masterbatch, calcium oxide and magnesium oxide, etc.) to partially replace zinc oxide. Studies have shown that both organic zinc and zinc oxide with core-shell structure can act as vulcanization activators, but the anti-vulcanization reversion performance and physical properties of the compounds are not as good as indirect zinc oxide compounds.

The antioxidant added to the synthetic rubber during the synthesis process should be selected according to the synthesis process and product color. Soluble polymer rubber needs to choose an antioxidant that is easily soluble in the solvent used for rubber synthesis, while emulsion polymer rubber needs to choose an antioxidant that can form a stable emulsion with the emulsifier used in rubber synthesis. In addition, choose pollution type or non-pollution according to the color of the product Type of antioxidant. Polybutadiene rubber (BR), styrene thermoplastic elastomer, isoprene rubber (IR) and other solvent-soluble rubber used to use the antioxidant BHT (264), and sometimes combined with phosphite antioxidant TNP (TNPP). Antioxidant TNP is easily hydrolyzed, and its use is prohibited because the nonylphenol produced affects the reproductive health of the organism. Antioxidant BHT has a relatively small molecular weight and is easy to volatilize. Foreign studies believe that more of its volatiles are harmful to the environment. Therefore, other phenolic antioxidants are currently used for replacement. The more common antioxidants are 1076 and 1520. Or use auxiliary antioxidants to produce a synergistic effect. Light-colored latex rubbers are mostly styrene-based phenolic antioxidants, and dark-colored rubbers are mostly contaminated amine-based antioxidants. Synthetic rubber antioxidants are developing in the direction of environmental protection, large relative molecular weight, compounding and multifunctionality. The DSC method can be used to detect the oxidation-inducing period or oxidation-inducing temperature of raw rubber, and the performance of antioxidants can also be examined by the heat-resistant oxygen aging performance. Light-colored rubber products also need to examine the heat and oxygen aging resistance and yellowing resistance.

China’s antioxidant RD has become one of the main antioxidants for radial tire compounds. The active ingredient in the product is the di-, tri-, and tetra-mers of 2,2,4-trimethyl-1,2-dihydroquinoline. In particular, the dimer has excellent anti-aging properties, so the dimer content should be increased as much as possible. Antioxidant RD has excellent heat and oxygen aging resistance, and has a strong inhibitory effect on copper and other metal ions. However, its ozone and flex resistance are poor. ) And so on. Anti-aging agent AW can prevent the cracking of rubber products caused by ozone. It is especially suitable for rubber products used under dynamic conditions. Used in combination with anti-aging agents H, D and 4010, it can enhance its effectiveness.

The main varieties of diaryl p-phenylenediamine antioxidants include antioxidants 3100 and H. Anti-aging agent 3100 is characterized by non-spraying, no irritation to the skin, good protection against ozone, oxygen and flex fatigue aging of tires and other rubber products, and is especially suitable for heavy-duty truck tires and off-road tire rubbers. It is also a special anti-ozone agent for CR. Antioxidant 3100 has one or two compatibilizing genes introduced into the benzene ring on both sides of the molecular structure, so its solubility in rubber increases, the amount in rubber can be increased, and the application of antioxidants 4010NA and The defect that the 4020 rubber turns red, has good protection against harmful metals such as copper and manganese; the disadvantage is that the rubber becomes dark brown under light and the pollution is serious, so it is only suitable for dark products.

Rubber processing aids only play a physical role in the rubber compound without causing a chemical reaction.

Petroleum-based process oil is another physical plasticizer commonly used in rubber processing. High aromatic oils are banned by the European Union because of the carcinogenic risk of polycyclic aromatic hydrocarbons.

The main function of the homogenizer is to solve the problem of blending polymers of different polarities and viscosities. Leveling agents are mostly used in inner liners and vulcanized capsules. With the improvement of the structure of radial tires, the amount of brominated butyl rubber (BIIR) will increase, which adds many difficulties to rubber processing, such as vulcanizates and The unvulcanized adhesive has a small adhesive force, and air trapping occurs during the rolling process. Currently used in airtight adhesives are mainly imported homogenizers TNB88, UB4000 and 40MSF. Replacing the operating oil with the homogenizer 40MS (F) in whole or in part can improve the processing safety performance, flex resistance, adhesion performance and heat aging resistance of the rubber compound. The use of a leveling agent in the tread rubber can play a lubricating effect, reduce the Mooney viscosity of the rubber compound, and improve the wear resistance of the finished tire; increase the extrusion speed of the rubber compound, reduce the extrusion temperature, and reduce the edge and pores of the extruded tread. Reduce processing costs.

The main function of the dispersant is to improve the dispersion of carbon black and other compounding agents in the rubber compound. Dispersants generally function as internal lubricants during rubber compounding, which can reduce internal friction between rubber macromolecular chains, reduce the viscosity of compounded rubber, promote the dispersion of carbon black and other compounding agents, and improve the uniformity and processing of rubber compounds. Performance, reduce mixing time and energy consumption, and accelerate the dispersion of fillers. With the continuous development of the tire industry, the amount of synthetic rubber has gradually increased and the amount of carbon black has increased. These factors have brought inconvenience to rubber processing, so the application of dispersants has become inevitable. Substances with a dispersing effect include fatty acid, metal fatty acid salts, fatty acid esters, condensation products of fatty acids and high molecular fatty acid esters, and mixtures thereof with metal soaps.

With the development of the rubber industry, the amount of synthetic rubber is increasing year by year. In recent years, China’s rubber additives have made great progress in development and application, but there are still many shortcomings. Rubber auxiliaries must develop in the direction of environmental protection, high efficiency, multi-function, and low cost. Rubber auxiliaries manufacturers should strengthen their application research in synthetic rubber to keep pace with the rapid development of the rubber industry. 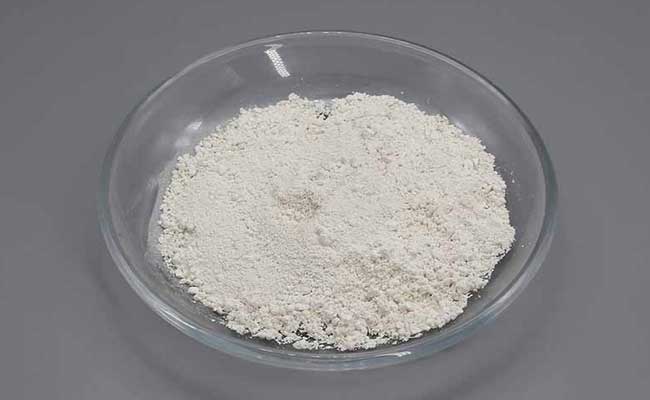 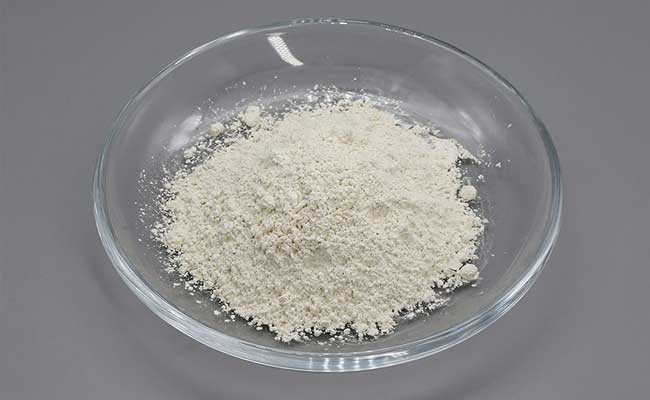